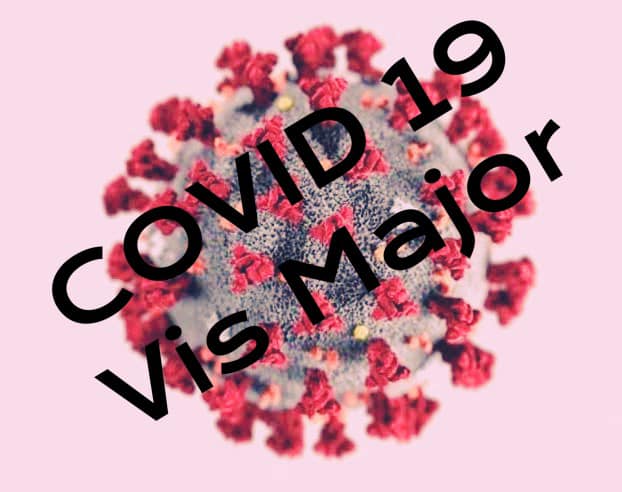 On Sunday the 15th of March 2020, President Ramaphosa declared a national state of emergency, and on Monday the 23rd of March it was announced that nationwide lock down will be enforced as from 26 March to 16 April in an attempt to curb the spread of the COVID-19 virus, having devastating effects on our already struggling economy.

Force Majeure or Vis Major is a Latin phrase meaning Superior Force and is defined as an irresistible natural occurrence that causes damage or disruption and that is neither caused by nor preventable by humans even when exercising the utmost skill, care, diligence or prudence.

When parties enter into an agreement both parties gain rights and obligations in terms of such an agreement.  In the event that a party fails to perform, ordinarily the other party may enforce its rights by cancelling the agreement as a result of the breach, and they may claim damages or specific performance. However, what happens when a party cannot perform due to circumstance beyond their control such as a nationwide lock down due to a highly contagious virus?

Such a party may have a remedy where an agreement makes provision for instances such as vis major, in the absence of such a clause the legal principle of supervening impossibility will be applicable.  Where an agreement makes provision for vis major it will protect the parties to limit their liability for the non-performance, suspend performance or allow parties to cancel the agreement without incurring any penalties.

Companies are now faced with devastating economic effects and most companies are reviewing their contracts to asses if they may reply on vis major.  In most cases these companies will have to prove that they were unable to perform their duties in terms of the contract as a result of vis major.  Certain non-essential companies such as clothing’s stores are not allowed to trade during the lock down and some of the giants in the industry such as Edcon announced that it is uncertain of it will reopen after lock down and TGF stating that they are planning to stop paying rentals claiming vis major.

Each case and contract will have to be assessed in order to determine if such party will be able to rely on vis major. Our courts will be clogged for years to come and it will be up to the Judges to separate the opportunists from those genuine vis major cases.  The burden of proof will be on such party claiming vis major.

Such party will be faced with the burden to prove that exceptional circumstances existed resulting in vis major, which made it impossible for such party to perform, that it was unavoidable, that all reasonable steps were taken but performance of its obligations was impossible due to vis major and that it was not the fault of either party.

Beware of “the so-called WhatsApp contract”